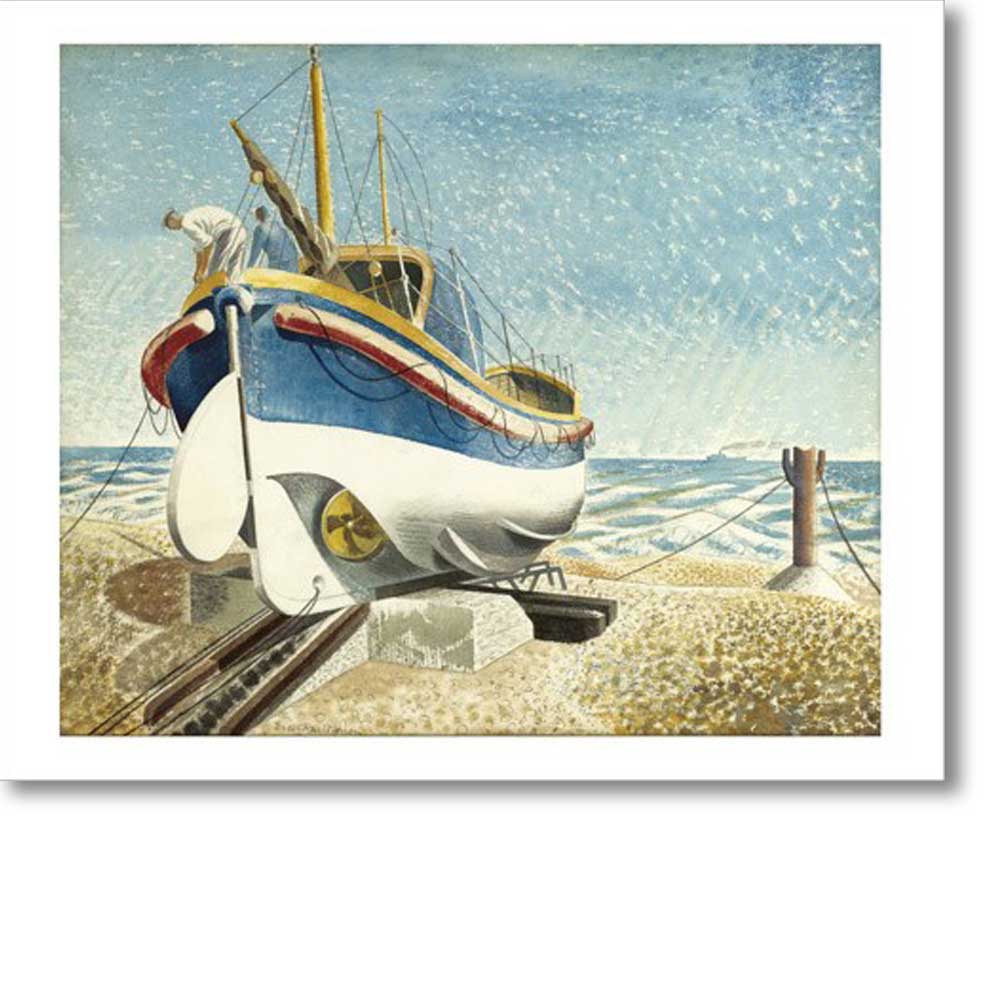 Taken from an artwork by Eric Ravilious, this greetings card is from Art Angels Publishing, Norwich.

The card is 170 x 140mm, printed on FSC certified felt board and the image area is embossed.  Supplied with a buff coloured envelope in a biodegradable cello sleeve.

The card is left blank for your own message

Eric Ravilious was an English painter, designer, book illustrator and wood engraver who studied at the Royal College of Art under Paul Nash.  His early work focused on the English countryside as well as urban scenes of London which epitomised the sense of Englishness that existed between the wars.

Ravilious was appointed an official war artist in World War II but was killed in 1942 at the age of 39 on an air sea rescue mission off the coast of Iceland.